The CSS Flexible Box Layout Module provides for a flexible layout—elements contained within a flex container can be configured in one dimension — either horizontally or vertically in a flexible manner with flexible sizing.

Designing for the Mobile Web

There are no updates for this chapter. 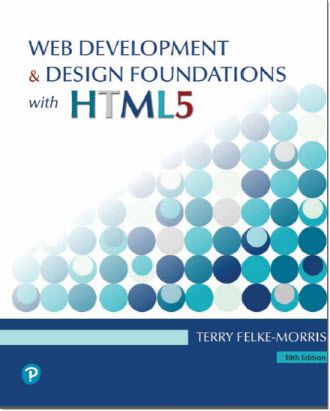 Review activities are available for this chapter. Check your knowledge of chapter terms and concepts.